Home » Clini: Green Growth is not the Green Washing of the “Brown Economy” 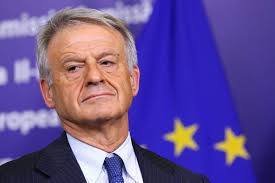 In the article below Mr. Corrado Clini, former Minister for the Environment of Italy, explains why climate change is showing us that the old economic model is more than obsolete. We need a new global strategy. In an article from Longitude, the first Italian monthly magazine distributed worldwide, Clini expounds the want of building a green economy requests long- term investments in technologies and infrastructures for improving efficiency in the use of natural and energy resources.

The UN secretary general Ban Ki-Moon, warned in 2011 that the world’s current economic model is an “environmental global suicide pact ” that will result in disaster if it isn’t reformed. Climate change is also showing us that the old model is more than obsolete” he told a panel at the World Economic Forum in Davos. We are already experiencing more frequent extreme weather events and we should expect more intense storms, floods and heat waves , as well as increasing global temperatures and rising sea levels. The Intergovernmental Panel on Climate Change in 2013 underlined that the atmospheric concentrations of carbon dioxide concentrations have increased by 40% since pre-industrial times, primarily from fossil fuel emissions, to levels unprecedented in at least the last 800,000 years. In May 2013 CO2 levels in the atmosphere exceeded 400 parts per million for the first time in several hundred millennia, closed to 450 ppm, which is the limit to held the average global temperature below 2 degrees Celsius (°C), and to assure a “safe” climate system. “Continued degradation and erosion of natural environmental capital”, according the Oecd Environmental Outlook to 2050 “are expected to 2050 and beyond, with the risk of irreversible changes that could endanger two centuries of rising living standards”. The impact on the quality of life of our citizens would be disastrous. Freshwater availability will be further strained in many regions, with 2.3 billion more people than today projected to be living in river basins experiencing severe water stress. Furthermore, air pollution concentrations in the cities and the large urban areas, particularly in Asia, already far exceed World Health Organization safe levels, with deadly consequences: the global number of premature deaths linked to airborne particulate matter is projected to more than double to 3.6 million a year, with most deaths occurring in China and India. The lack of electricity, fresh water and safe food, will increase in the least developed countries, which are also vulnerable to extreme climate events because of the absence of climate-resilient infrastructures and services. Nevertheless, global warming and environment are today out of the political and economic priorities. The global economic crisis have bumped climate change and pollution to the bottom of the priority list. Policies and measures to address climate change and to promote sustainable development have been slowed or shelved , both in the developed countries and in the emerging economies. Environmentally harmful, national and international, policies to address the financial and economic crisis have been formulated to stabilise, restore and reform the banking sector; consolidate and reduce the public debt; stimulate the short term demand in the domestic markets to achieve “business as usual” operating conditions; “secure” traditional consumption and production patterns , existed in the old fashion “Brown Growth” economies of the last century. In the timeframe 2009-2012, such policies have made overcoming both the crisis of debt and of growth more difficult and costly driven a progressive reduction in the public and private investments in innovative and “low carbon” technologies, and in “green” infrastructures as well as in the efficient management of natural and energy resources.

However, both the austerity and the “Brown Growth” policies are not working. The apparent gains they offer in the short term are not sustainable in the medium-long term, both in terms of competitiveness and in terms of environmental&social external costs . In the medium term “Brown” processes and products will not be competitive, in comparison with the new and innovative technologies in all the sectors already in the markets : in energy, chemicals, transportation, building, food, water management, waste recycling, communication. The failure of such policies is widely acknowledged, and the international community is proposing new ways for achieving a sustainable growth. The conclusions of RIO+20 Word Summit on sustainable development, “The future we want”, “encourage each country to consider the implementation of green economy policies in the context of sustainable development and poverty eradication, in a manner that endeavours to drive sustained, inclusive and equitable economic growth and job creation, particularly for women, youth and the poor.” In the Annual Growth Survey 2012, the European Commission writes that “Fiscal consolidation and financial repair are needed but are not sufficient in themselves to deliver growth…. An emphasis on resource efficiency, for example in areas such as energy efficiency and reducing waste, can improve competitiveness, create new jobs and help our environment”. President Obama, introducing the US Climate action plan, ( June 2013) states : “our scientists will design new fuels, and our farmers will grow them. Our engineers to devise new sources of energy, our workers will build them, and our businesses will sell them. All of us will need to do our part. If we embrace this challenge, we will not just create new jobs and new industries and keep America on the cutting edge; we will save lives, protect and preserve our treasured natural resources, cities, and coastlines for future generations”. In China, the 12th Five-Year Plan set ambitious targets for environmental protection. In the next 3 years, China plans to invest 60 billion $/year in projects to save energy and promote greener power, 80 billion $/year to reduce environmental pollution, 10 billion dollars/year for restoring water resources. In the same period, China plans to reduce its carbon emissions per GDP unit by 17%, and general energy consumption per GDP unit by 16%. It also plans to ex­pand wind and solar power so that non-fossil fuels account for 11.4% of primary energy use by the close of 2015.

At first glance, there is a global politic agreement that the inclusive green economy is the way towards achieving sustainable development ad recovering the global economy. But building a green economy requests long- term investments in technologies and infrastructures for improving efficiency in the use of natural and energy resources, international rules and financial mechanisms to shift the energy system towards the “carbon neutral” technologies, and international cooperation to promote the equitable access to energy and freshwater for all the populations.

The long-term investments should be guaranteed through a framework of global and stable regulations aimed at decoupling of raw materials and energy use from economic growth; recognition of the ‘natural capital’ and the economic value of the ‘ecosystem services’ in the GDP accounting; international standards in energy efficiency and renewable performance. Those regulations are still significantly lacking at the global level, as well as the context for facilitating the “green” investments. The challenge is to agree at global level: feasibile global regulations on the efficient use of natural and energy sources; the accounting of ‘natural capital’ and ‘ecosystem services’ to complement gross domestic product (GDP).

At global level, the investment in renewables was $244 billion in 2012, down 12% from the previous year’s record figure of $279 billion. Meanwhile trillion dollars are in the pipe line of the investments for new energy infrastructures based on oil, sand oil, natural gas and shale gas, and coal. The challenge is to set up a global agreed framework to: drive the shifting from fossil fuels to clean low carbon energies; and recognize a ‘carbon price’ in all the sectors of the economy. In 2013 subsidies wich are harmful for climate and environment amounted to about $ 600 billion for fossil fuels and $ 27 billion for overfishing and agriculture. According to Oecd: “Subsidies distort price and resource allocation decisions, altering the amount of goods and services produced and consumed in an economy. As a result, they are economically wasteful and environmentally damaging”. The phase out of subsidies for fossil-fuels is a key step towards the innovation in the energy sector and fair competiveness in the global energy market between the “brown” and the “green” energies. The challenge is to agree at global level: the phase out the subsidies to fossil fuels; and to subsidize only sustainable fishing and agriculture.

The challenges are clear and unequivocal, ugent and crucial for the common future. Responses should be concrete and effective. It seems to me that international community, the Governments and UN system, are focusing more on designing complex legal structures than on addressing the real challenges. We don’t need the construction of a new international bureaucracy on environment and climate change. We are running out of time. We have only few years to design, test and agree the rules and policies necessary to promote a global “de-carbonized” economy, which will sustain growth and reduce emissions, and to agree measures to protect and value the “natural capital”. Green Growth is not the Green Washing of the “Brown Economy”.

* Former Minister for the Environment of Italy